Another week of one step forward, two steps back with ample opportunity to get chopped up. No surprise given the history of post options expiry week (weak). It’s a great time to let the market tell one what is happening rather than try to impose one’s POV.

Having said that I do wonder why be bearish – everyone else is, starting with the major banks. I know well that being bearish makes one sound smart & I get that there are all sorts of reasons to trot out: Delta, political risk, stock valuation, TINA, seasonality, Fed taper, fiscal cliff, and of course the big kahuna: Evergrande – world’s biggest property debtor about to go under, dragging down pretty much everything with it.

But isn’t all that already known and thus in the price? Shouldn’t the real question be not when will we have a correction but rather how much longer will the correction last? While plenty talk about how long it has been since SPY had a 10% pullback Schwab makes the very useful point that 86% of SPY constituents have ALREADY had a 10% pullback.

To declare an interest, TPW Advisory is bullish not bearish. This week’s action increases our conviction in our previously expressed view that we are setting up for a performance chase into YE, led by underperforming hedge funds and focused on Cyclical/Value, Small Caps in the US and our OW non US DM, especially Japan, our recent adds to Asian/European EMs and Commodities, esp. energy and metals.

There is a ton to cover; as this is a Musings we will simply scratch the surface but fear not, the Monthly comes next week. As an aside, over the past week we have been very fortunate to be able to lean on a number of folks inside China and out who are the true China experts – a big shout to all – you know who you are! It’s been a real time demonstration of the TPWA network, built over the past 30+ years.

For now we can look at a few things that suggest the Evergrande story is, as former MS colleague Jordi Visser has noted, a misdirection – in that its reinforcing the growth slowdown, China implosion, story at a time when the opposite is unfolding around the globe. 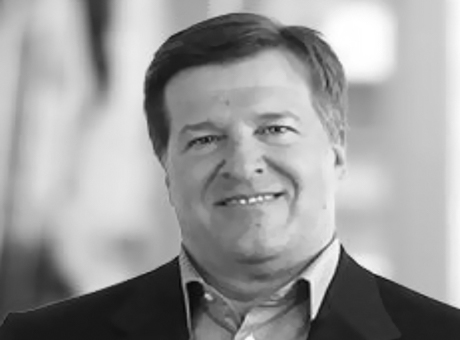 DISCLAIMER: This analytical report was prepared and distributed by the signatory Analyst for the original recipient only, pursuant to all the requirements defined in CVM Instruction No. 598, dated May 3rd , 2018, with a view to providing information that may assist investors to make their own investment decisions, not representing any type of offer of or request for the purchase and/or sale of any product. Neither the Analysts nor OHM RESEARCH are responsible for the investment decisions and financial strategies, which should ultimately be made by the readers of the report. The products shown in this report may not be suitable for all types of investors. Before any investment decision, investors should perform a suitability process with a reliable broker-dealer and confirm that the products presented are suitable for their investor profile. The profitability of financial products may fluctuate, and their price or value may increase or decrease in a short period of time. Previous results do not necessarily indicate future results. The reported profitability is stated before taxes. The information contained in this material is based on simulations and actual results may be significantly different.
The signatory of this report states that the recommendations reflect only his/her personal opinions and analyses, which have been produced entirely independently, and that OHM RESEARCH does not manage this content in any way. The opinions expressed herein are subject to change without previous notice as a result of changes in market conditions. The Analyst responsible for the content of this report and for complying with CVM Instruction nº 598/18 is indicated above, and if more than one Analyst is indicated in the report, the analyst in charge will be the first accredited analyst to be mentioned in the report. The analysts registered with OHM RESEARCH must comply with all the rules defined in the Code of Conduct of the Association of Capital Markets Investment Analysts and Professionals (APIMEC) for Securities Analysts and the Policy of Conduct of Securities Analysts. Pursuant to article 21 of ICVM 598/18, if an Analyst is in a situation that may affect the impartiality of the report or that may qualify as a conflict of interest, this should be reported in the “Conflicts of Interest” field herein.
The content of this report is the property of the signatory Analyst only, and may not be copied, reproduced or distributed, in whole or in part, for/to third parties, without a previous written authorization from the Analyst. All information used in this document was obtained in public information from sources believed to be reliable. While all reasonable measures have been taken to ensure that the information contained herein is not uncertain or misleading at the time of its posting, the Analyst is not accountable for the accuracy of the information shown in the report.
For further information, please refer to CVM Instruction nº 598 of 2018, and the APIMEC Code of Conduct for Securities Analysts. This report is intended only for the OHM RESEARCH subscriber that acquired it. Unauthorized reproduction or distribution of the report or of any part hereof, in any way, may result in civil and criminal penalties, including the obligation to redress any and all losses and damages, in accordance with Law No. 9610/98 and other applicable legislation.